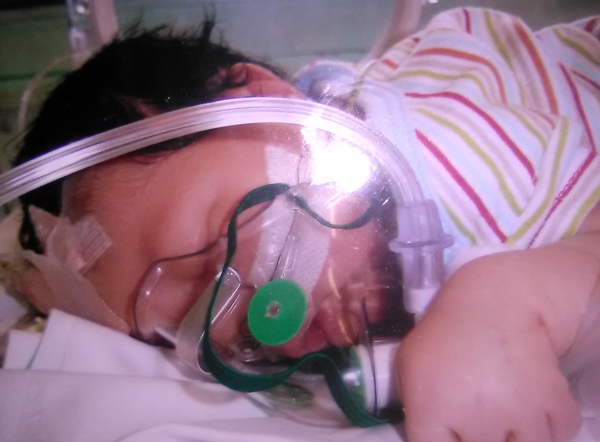 Tina Lonergan's son Reuben was born on the 25th July 2008 and he lived for 9 days. This is his own story.

"Before I was born my mommy didn't know I was poorly. The doctors never told her.

I was born on the 25th of July in 2008 and I began to have fits very soon after. Mammy had to take me to Crumlin Children's Hospital where the doctors told her I probably wouldn't live for very long. At first they told her that I would likely live for 2 or 3 years. A few days later the doctors came back after looking at my scans again and told Mammy that I only had a few months to live.

My mom decided straight away that she wanted me to go home and meet my family. I was only 9 days old. However I died just before we set off that day.

All my family were so happy to meet me and they all loved me unconditionally from the very moment they set eyes on me. Even though our time together was short we made so many memories, had lots of cuddles, and had many photos taken.

Even though we didn't know that I would be taken so soon, my whole family were so glad to get that little time with me and they say they would do it all over again because I humbled them and taught them each valuable lessons. Even though there were lots of tears, I also bought lots of joy.

My condition was so rare that it didn't even have a name. But I have a name. I am Reuben Samuel Uduojie. I lived only for a short while but I want my story to be heard.

God bless all the other families who are dealing with the same difficulties as my family." 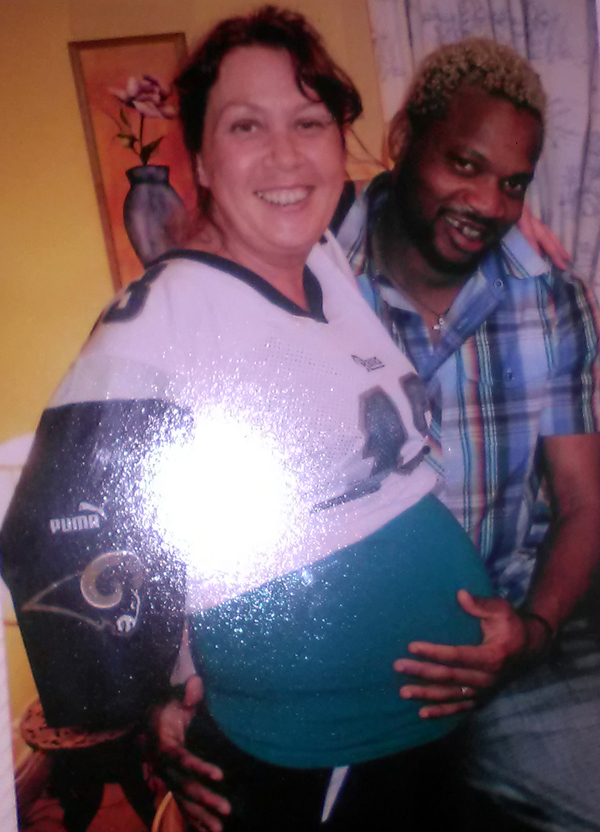 Thank you Mam and Dad, for loving me... 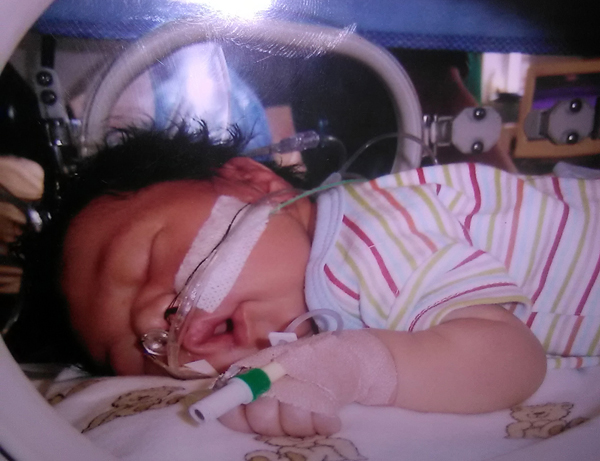 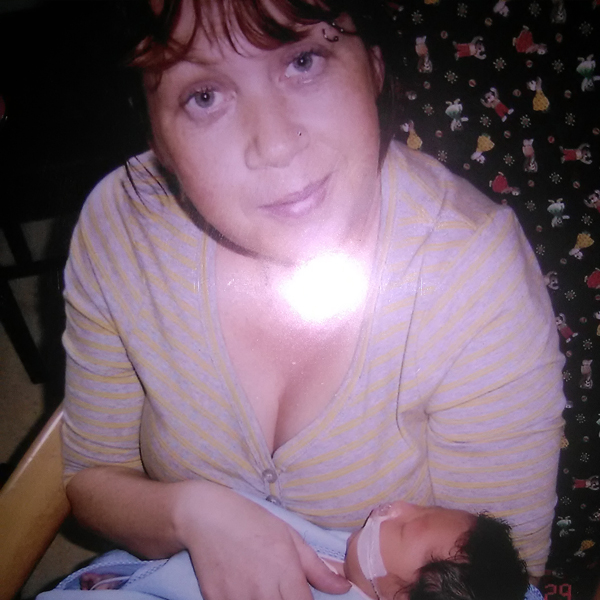 Thank you Mam, you showed me nothing but love...

He was such a beautiful baby

When Reuben was born we were giving no indication that anything was wrong until he began to seizure and then stopped breathing. He was, thankfully, resuscitated and was taken to the ICU.

After four days, we were told that Reuben did not have any folds in his brain and he had a condition that it was similar to Lissencephaly (a condition where the brain lacks the necessary grooves and folds) except Reuben's case was more severe.

The doctors initially told us that Reuben would likely live for about a year. However, a few days later we were told that he probably only had a few months.

The first time I saw Reuben he was so poorly that I was scared. But then his body relaxed because of the medication, and I was able to hold him.

We talk about a mother's love - it was unconditional. Even though he was poorly, Reuben was an amazingly beautiful boy and he was such a loved and wanted baby. We would have done anything to keep him with us but it wasn't to be.

I grieve for my beautiful boy everyday. To let him go was soul-destroying but, truthfully, I wouldn't change a thing. I gave Reuben as much love and human contact as I possibly could. I wanted everyone to meet him and be part of his life, and everyone loved him.

Reuben died in my arms at 7:15 - nine days after being born at Crumlin Children's Hospital

He died of respiratory failure. I didn't know while I was pregnant that he would not survive very long but, even if I had, I wouldn't have changed a thing.

Reuben, we love you to the moon and back. You are as much a part of us as anything ever could be. 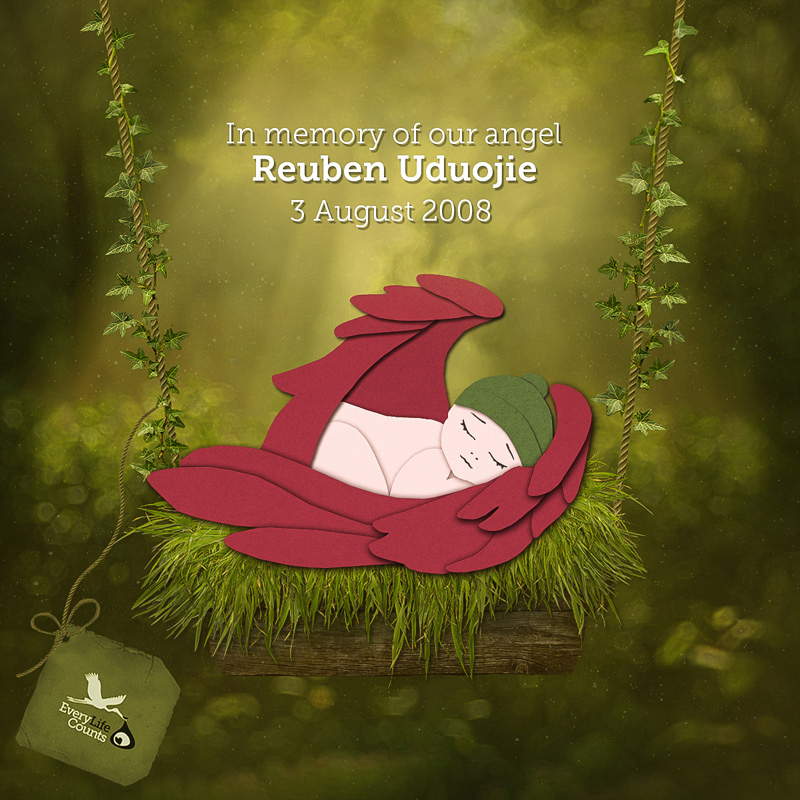 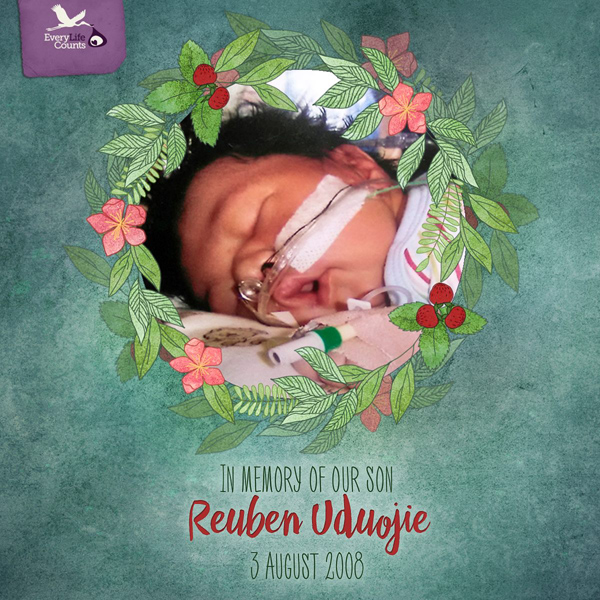 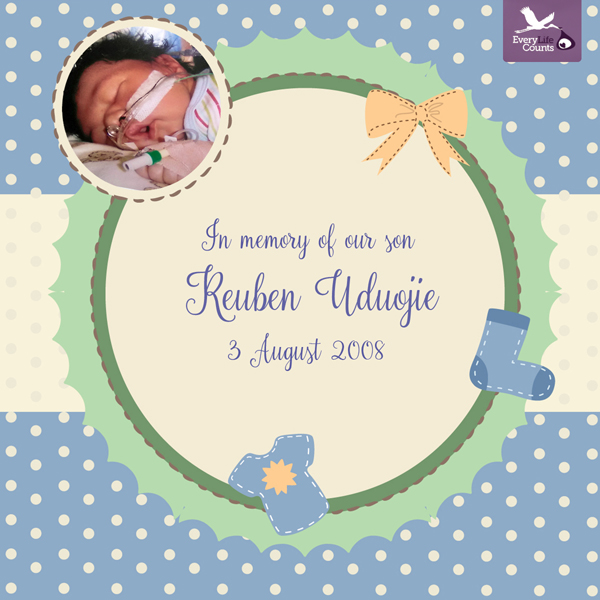 LISSENCEPHALY: A brain malformation characterized by microcephaly and the lack of normal convolutions (folds) in the brain. Lissencephaly literally means "smooth brain." It is caused by defective neuronal migration, a defect in the process in which nerve cells move from their place of origin to their permanent location