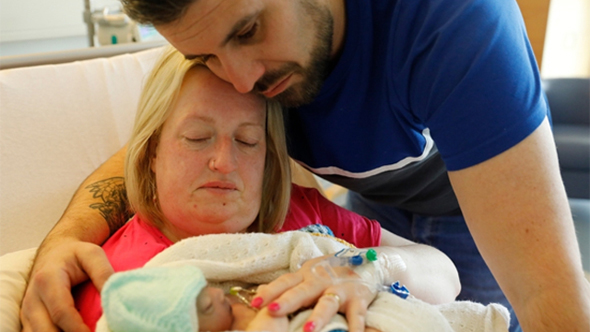 This was our little boy

At 16 weeks we found out we were having a little boy and decided on the name Oisin, shortly afterwards I had a routine blood test to check for any risks of downs syndrome as well as other conditions.

“The hospital said as the test needed to go to England it would take a couple of weeks for the results, so when we got the call to meet with our consultant after a short period we knew that something wasn’t right,”

Me and  husband Gareth made the decision that no matter the outcome of the test “this was our little boy and this would not change a thing”. 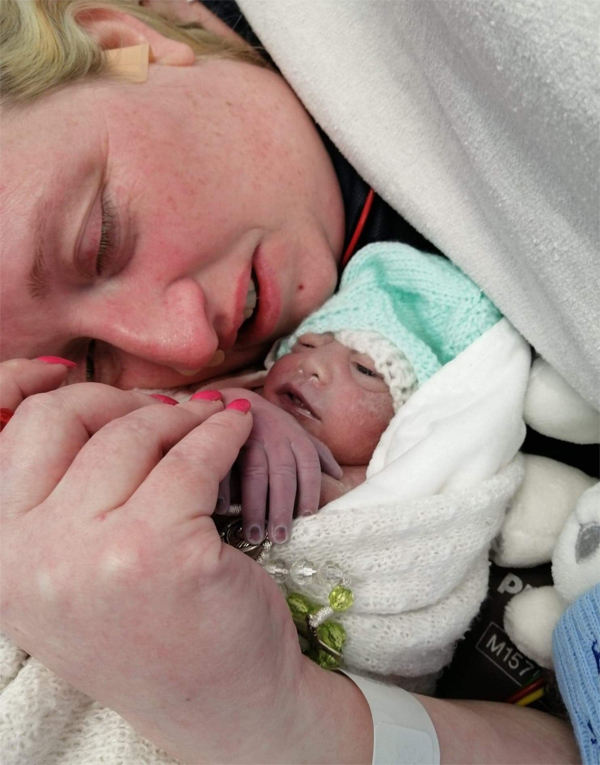 We met with the consultant and she explained that the test had come back with a form of spina bifida. The doctor went on to explain this could be in his legs or his head. We didn’t understand as both scenarios had very different outcomes.

She explained that a scan would confirm this, and we knew once we had the scan things were never going to be the same again, she said.

The consultant confirmed that Oisin had anencephaly, a condition we were told was “incompatible with life”.

“Those words will haunt us forever; we were devastated as we had much hopes and dreams for our rainbow baby.

“We could not process this news and I found this very difficult to accept especially with every scan and appointment he was growing within the normal range and was a very active little baby.

“We were informed that Oisin may not make full term, be stillborn, or survive for a short term after birth. We lived in hope, it was all we had,”

One of the hardest things me and Gareth had to do was tell our other children their brother “was not very well and to prepare them for the nightmare that was yet to come”.

“After a complicated birth, Oisin was born and we were blessed with four precious hours before he became an angel. It has broken our hearts as we wanted him forever,” 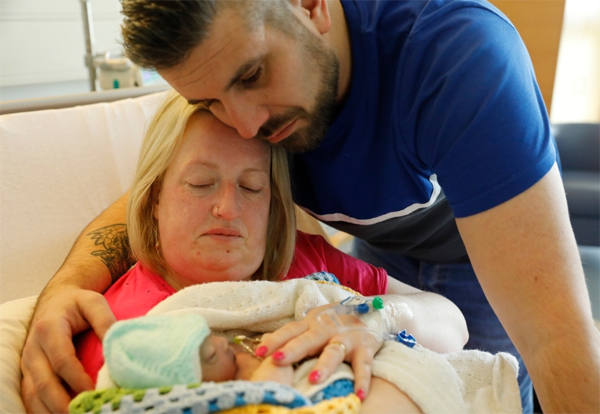 With my loving mam and dad... 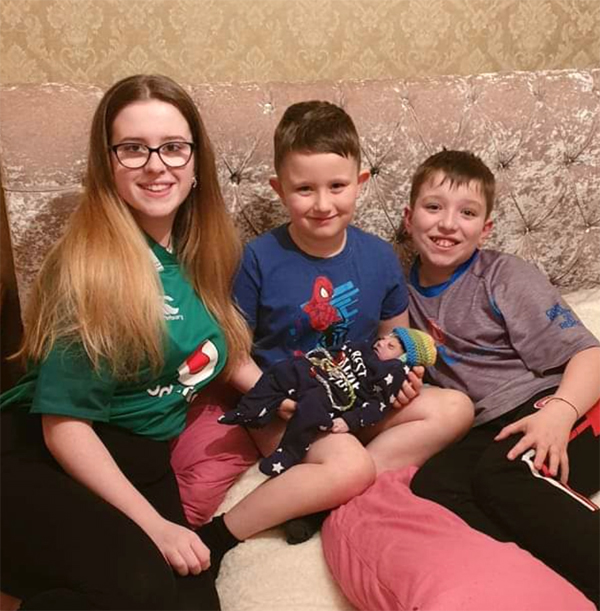 And with my family... 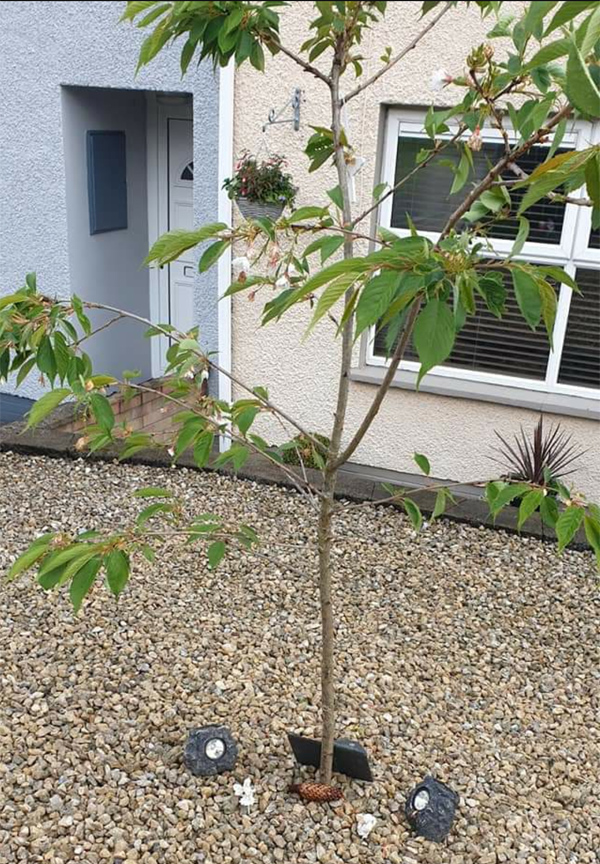 A tree planted in my memory, thank you mam and dad! 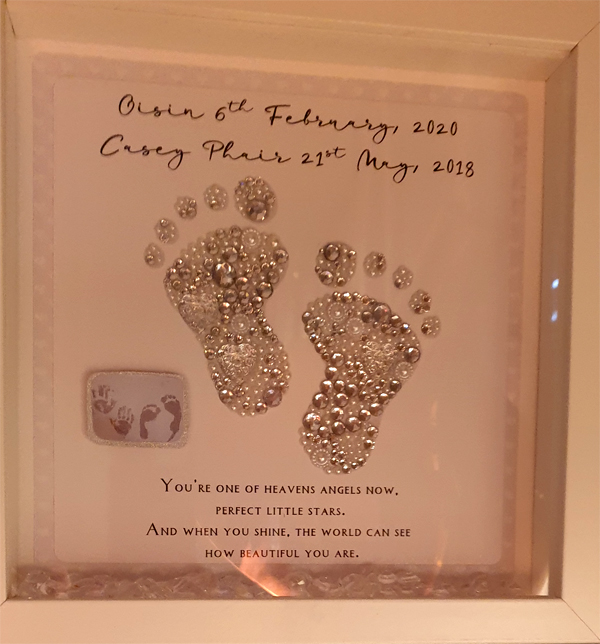 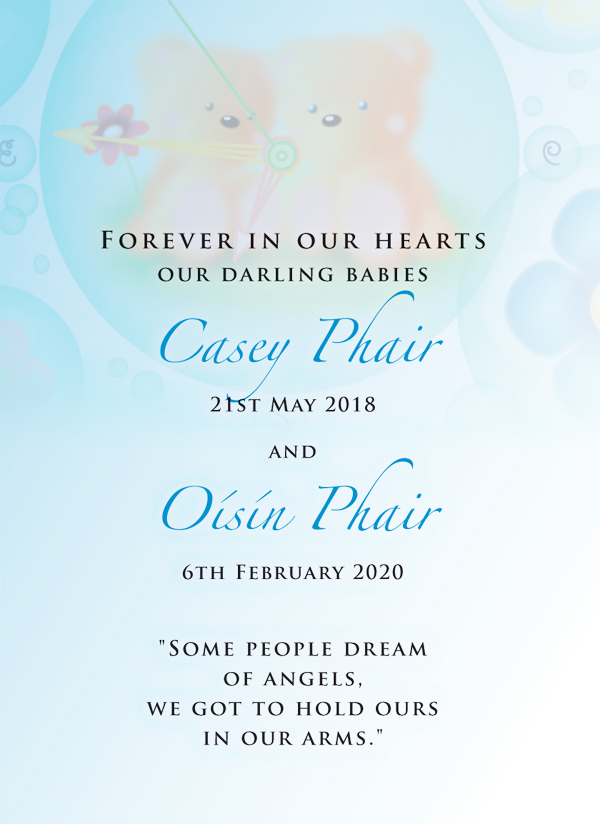 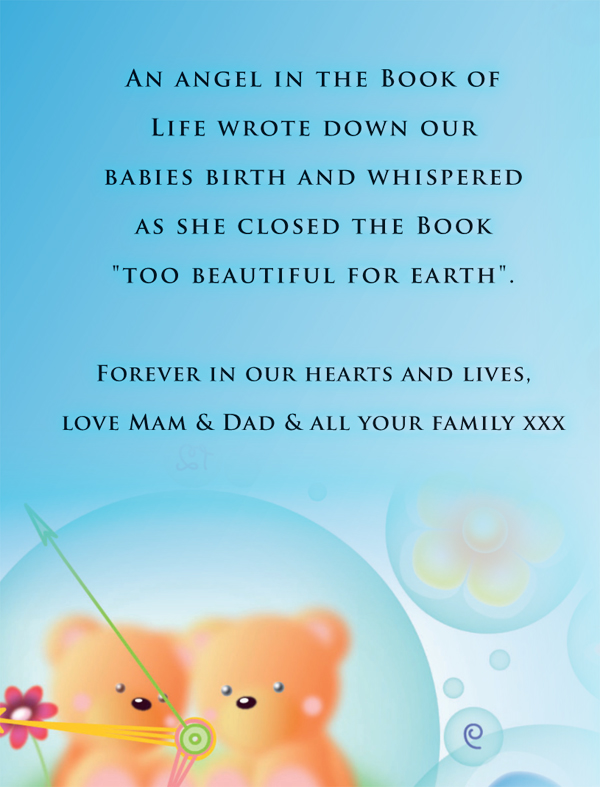 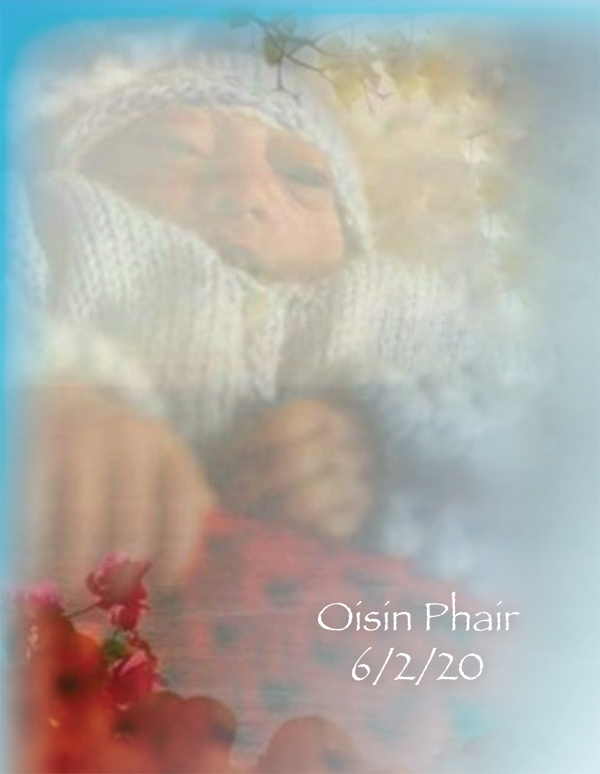 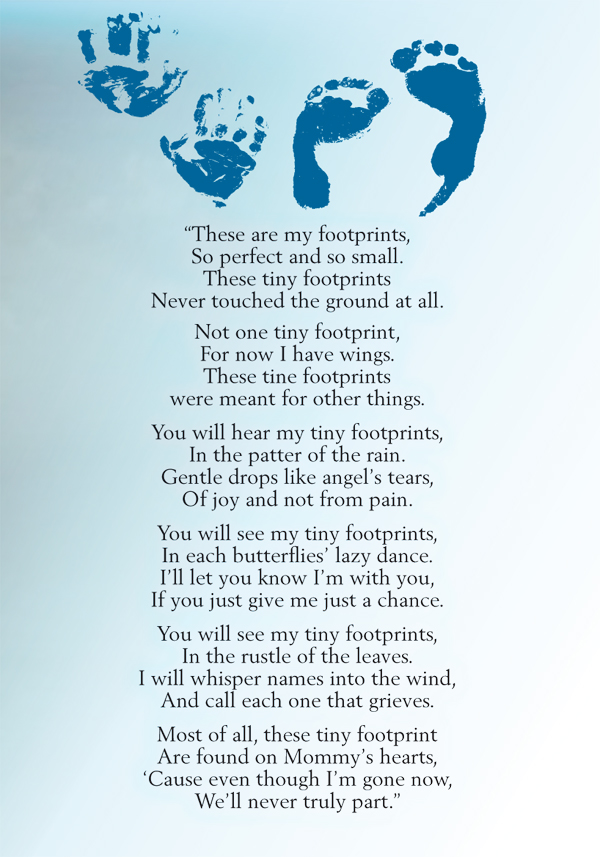 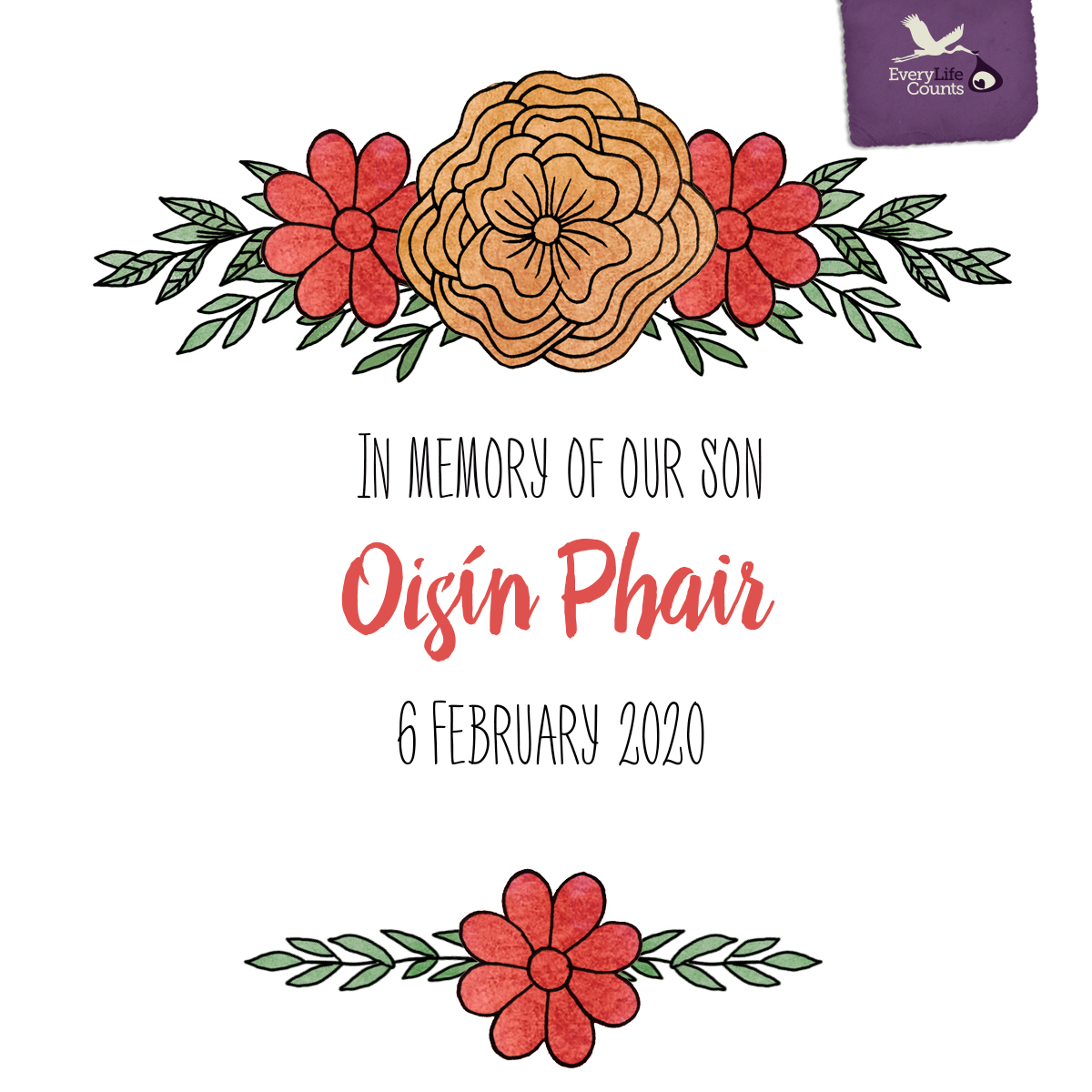