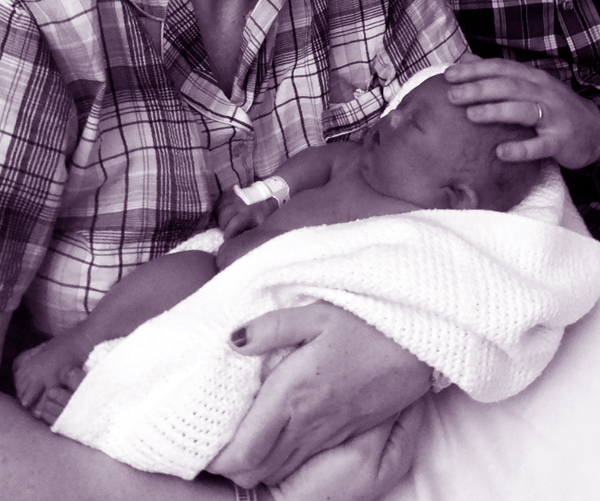 Early 2013 we had just moved back into our house after a house fire at Christmas, when I found out I was expecting. We were over the moon to have good news after the hassle of the fire. At 10 weeks I started spotting and went to the hospital for a scan, luckily there was still a heartbeat, same again at 11 and 12 weeks and still a heartbeat thankfully. I had an appointment in the EPU at 14 weeks which we thought was a bit odd, before my outpatients appointment. At that appointment, the doctor was scanning me for about half an hour, saying nothing. I had a feeling something was wrong but was scared to ask. eventually I asked was everything ok and she said "no, I'm afraid there is fluid at the back of baby's neck....., I want you to go to the Coombe for a scan and amniocentesis test". I can't remember what she fully said to me, it was like watching her on tv, she wasn't really talking to me, was she? We left the hospital and sat in the car and cried, we couldn't believe this was happening to us, I had just told our families the week before that we were pregnant and now something was wrong. I couldn't even say it with the lump in my throat.

I had the appointment in the Coombe the following week, I was exactly 16 weeks, the doctor scanned me and at the end of it said he was sorry but this baby, a boy, could die at anytime, the fluid was all over under his skin and in his chest cavity between his heart and lungs. All my blood tests came back clear too, so there was no cause for the fluid. An amniocentesis test on a baby this sick was too risky so i waited til I got to 20 weeks and hopefully he would be a bit stronger. He had a chromosomal disorder too and we wanted to know what we were dealing with.

At 20 weeks I had the test, i was being scanned while the needle was going into my bump to make sure it didn't touch the baby, the doctor said that the fluid had gone and things mightn't be as bad as we first thought. 4 days later the doctor rang and told us Noah had down syndrome. It was a shock but the chance of survival was so much greater than the other syndromes he could have had. at 22 weeks another scan in the Coombe showed he had no heart defects or other health problems associated with down syndrome.

As the weeks went on I read a lot on down syndrome, i was just worried about any health issues that might arise when he was born. He was a very active baby, even though he was breech he kicked so much more than the others. On the day I was 36 weeks, a Friday, I started having pains but they never progressed, all weekend the pains were coming and going but by Monday afternoon I couldn't take it anymore and went in to the hospital. I was in labour but because he was breech I wasn't progressing. I would be having a section the following day.

Noah was born at 14.41pm, but wasn't breathing, he had to be resuscitated and was brought to the special care baby unit. I had a full anesthetic and didn't wake up til about 5 when a call came to recovery that he had taken bad and to get me down to see him quick. the staff ran through the corridors pushing my trolley, when i got to paediatrics my Dad and sister were sitting outside looking worried. When I first seen Noah, he was so bloated everywhere because the fluid had come back in the last few weeks and we hadn't known. He was 4 weeks early and weighed 8lb 9oz due to the fluid. The doctor was putting a tube in the side of his chest to drain the fluid from his chest cavity. there was so much fluid his lungs couldn't inflate, it was in his abdomen and all over his head. Derek had stayed by his side the whole time. They wanted to move him to Holles st but he couldn't get stable enough for the move. We had a priest give him the blessing of the sick. We just stayed watching him with tubes and wires trying to make him better and keeping him alive. The drains weren't working, no fluid was coming out, he was on 100% oxygen and sedated for the pain he'd be in. The nurse started to tell me he wasn't going to make it and that she would ring our family and the priest if we wanted him baptised. We baptised him and my sister Avril and Dereks brother Paul were his Godparents.

The nurse spoke to us again but I still had the effects of the anesthetic and was on morphine and didn't really understand what she was saying, I thought he would just stop breathing but he was on life support, we had to give them permission to turn the machines off. The nurse said we could hold him while he was still alive and that they would turn off the machines while he was in our arms. We sat down with our families beside us and Derek got to hold him first, then he passed him to me. We held him for 5 mins each but we could see his colouring was getting worse in my arms and as hard as it was, we had to tell them to turn off the machines so his pain would end. We all sat for ages and he got held by the rest of his family. He passed at 10.30pm, we never got to see him open his eyes, cry, change his nappy, move at all. 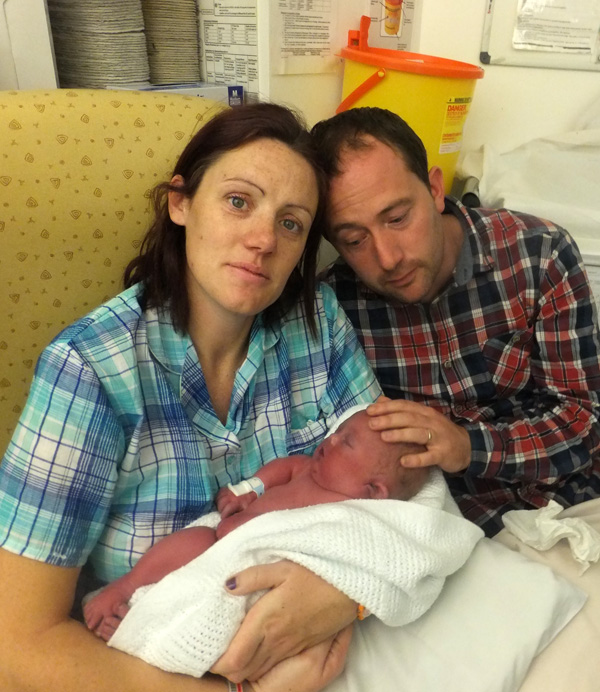 Just myself with my mam and dad...

Derek stayed with me and Noah in my room that night, we took his foot and hand prints and cut a lock of his hair, then we dressed him and put him to sleep between the 2 of us.

I got out of hospital on the thurs and we brought Noah home for his only night in his house before his funeral. I took him from the coffin and laid him in his pram where he stayed til we had a service for him the following day. The family all had readings and prayers to say. I put rosary beads from his grans, a letter and photos and a teddy in with him. We then laid him to rest in mine and Dereks plot, just 2 graves from his grandad.

I miss and cry for Noah everyday and can't believe its more than 2 years already. I am so thankful for the time we had with Noah, every life counts and every moment we had counts too, time is so precious. 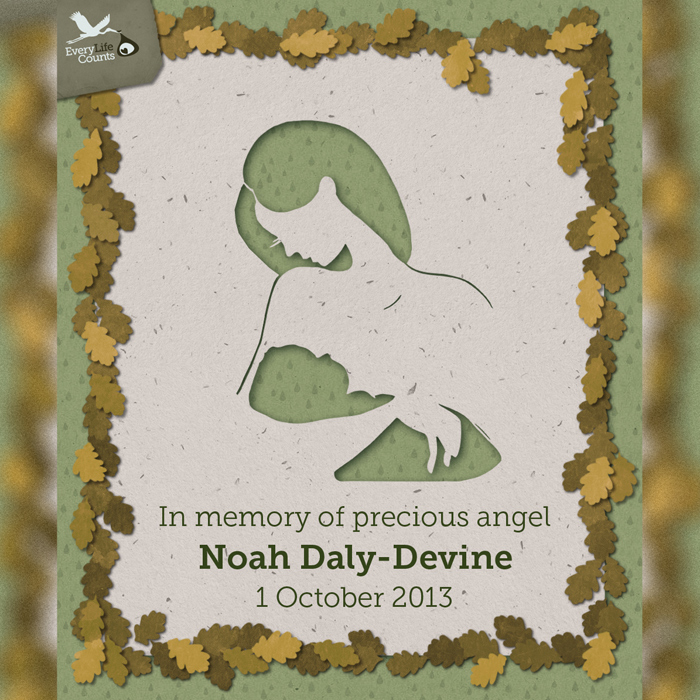 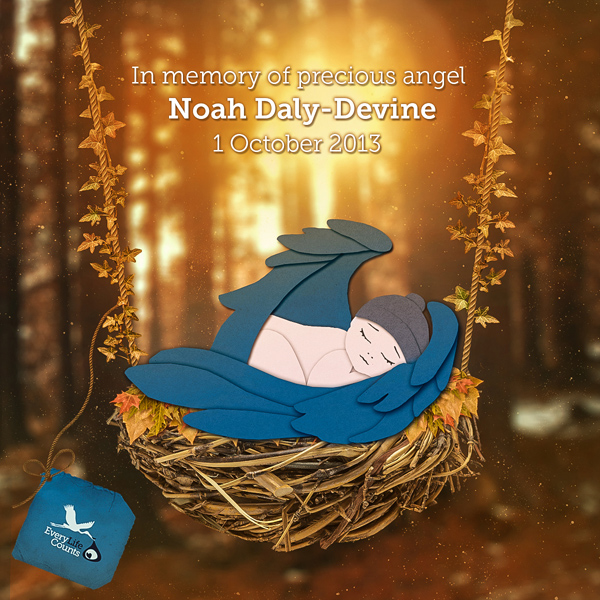 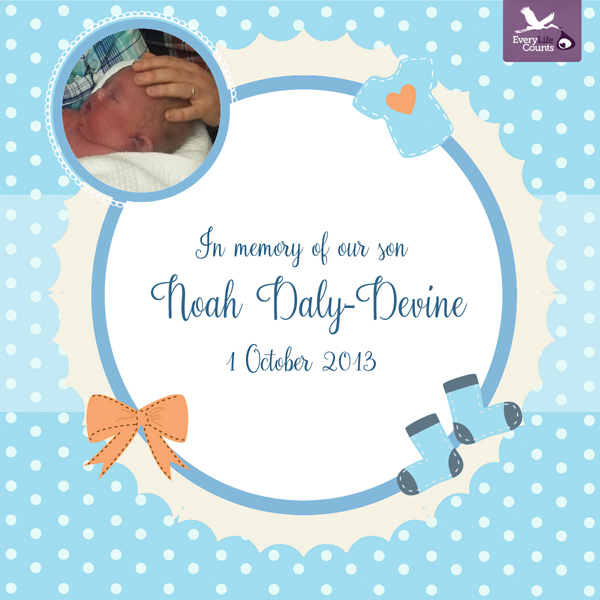 HYDROPS FETALIS is a condition characterized by an accumulation of fluid, or edema, in at least two foetal compartments and is considered a serious foetal condition. In some patients, it may also be associated with polyhydramnios and placental edema. Hydrops is usually first recognized by ultrasound examination during the first or second trimester of gestation.