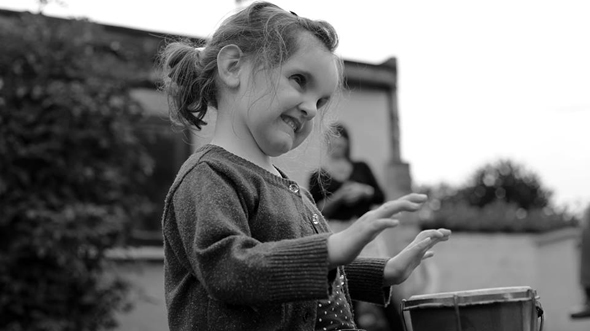 Jeanette Dunne from Waterford shares with us the beautiful journey embarked by her and her precious daughter Lola Starr who was born six years ago. Her daughter has Diploid Triploid Mosaicism, an extremely rare condition.

I found out at 24 weeks there might be something wrong with my baby during a routine doctors appointment. My doctor noticed my belly was only measuring around 20 weeks. so she told me not to worry but to go to the hospital to get it checked out asap. Of course telling a first time mum not to worry, doesn't make a difference.

I knew in my heart from weeks before, I don't know was it - intuition maybe, but I felt something was up. To be only 26 weeks pregnant at that stage, there was a long worrying road ahead of me.

My next appointment was maybe a month later, this time there was a big slow down in her growth. She may have only gained an extra week. I was 24-years-old at the time, I didn't smoke, I was healthy - not over weight. My bloods were all fine, blood pressure was normal, her heartbeat was strong - everything looked fine. They couldn't explain why her growth was restricted. We constantly fought back and fourth about my dates, I was completely sure of mine.

I even found out I was pregnant very early. Come 32 weeks they decided to bring me in twice a week to have an ultrasound. The day before my 25th birthday they told me, that maybe the baby could have Down syndrome, it could be a possibility. I felt they only mentioned it at that stage just in case, there was no record of it in the reports.

So I left the hospital that day in floods of tears, I couldn't believe it. To me I had just been giving the worst possible news I could ever hear. I couldn't understand how I could have a child with Down syndrome. I was way too young. When I went home that day I can remember telling my father I was devastated. He gave me a promise that I'll never forget. He promised me that my child would not be born with Down syndrome.

I just want to jump forward and explain the ignorance I had back then. I had never grown up around anyone who had special needs. The only syndrome I knew was Down syndrome. I am a born worrier, out of all the needless time I have spent worrying over my life, it never crossed my mind I would have a child with special needs. To hear something like that shook me to the core, and obviously my family too. I have learned so much since that time. So believe me now I know it is not the worst news you can hear.

But that day in my life it was.

At 34 weeks I was giving a shot in my leg, a steroid to prepare the babies lungs just in case they had to deliver the baby early, it was the first time in the whole pregnancy I actually had some energy.

At 38 weeks, but really I was 40 weeks, I was induced and Lola was brought into the world. Wow...... I had no problems during labour. As soon as she was born the first question I asked was "does she have down syndrome ". 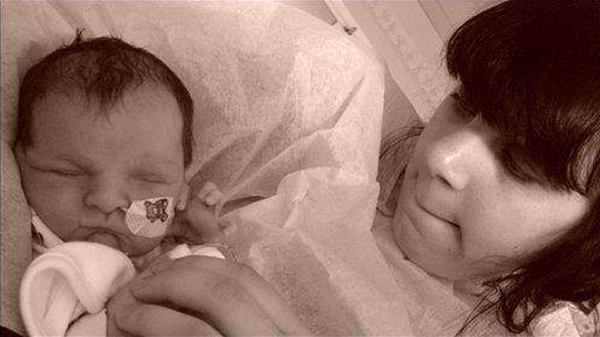 When I first looked at Lola she did look different to what I thought she would look like, I thought she'd be more like me, She looked very dark, jet black hair she was tiny and held her hands in a strange way. As I was holding her and looking into her beautiful eyes the midwife returned to the room with a doctor.

They told me No, it didn't look like she had Down syndrome but they thought there was something there. My heart sank. I didn't even reply, I just continued on to fall in love with my sweet little girl.

I had a few hours with Lola before things started to go down hill. She was having problems feeding and her blood sugars were dropping she was like a bag of skin, no tone. She ended up in intensive care where she stayed for two weeks. Thankfully Lola just started to thrive after a few days. 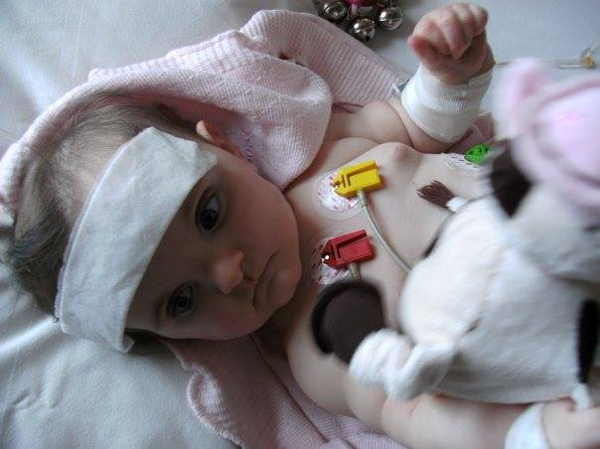 She had a list of characteristics that would point to a chromosomal abnormality. They did test after test. The first lot of tests they did came back clear, she had normal female chromosomes. We took that to mean that she was fine, it was a mistake and she was "normal". I even celebrated the news only to find out a few month later that there was something wrong - they just had to figure out what.

After 16 months and going back and forth to Crumlin hospital we finally for news. I had to travel to Dublin to get the results, at this point I was a nervous wreck.

I met her geneticist a few months before she had given me a provisional diagnosis which I knew was wrong straight away, this time she said she was positive. She told me Lola had something called Diploid Triploid Mosaicism and that it was incredibly rare and she had only seen it once before. I was handed two sheets of paper. She explained the little details she knew about it. I asked all the question that would come to mind but she didn't have the answers to any of them.

I left the hospital with my two sheets of paper, completely lost. I thought getting this news was what we were waiting for, I was even more puzzled.

When I got back to my hotel room I started to read the sheets of paper, I couldn't believe what I was reading. I couldn't believe this was the same syndrome my daughter was just diagnosed with. Not compatible with life, a shortened life span, a list as long as your arm of all these awful things that can be wrong with the child. I was devastated, I thought my little girl was going to die. 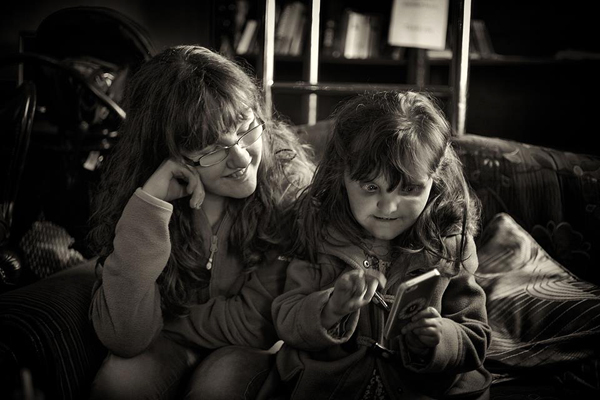 As soon as I got home I started to do my own research, every article I found was just as devasting as the last. I eventually found another family who had a boy the same age as me who had DTM. HOPE. Finally, a bit of positivity, I went on to find unique, between my new friends and unique that they were my light in the storm.

Lola is now 6 and a half and I am 31. What an amazing journey we have had to this point. Ups and down so many miles stones reached. She is a very, happy, healthy little girl. She doesn't yet walk but she's up on her feet and she can walk with with support, she doesn't talk but has a few words and she also signs.

Lola has been giving a gift where everybody who meets her falls in love with this courageous little sweet girl.

I am so honoured everyday to be her mom, The pride I feel that she has come from me is over whelming at times. I have learned so much from being in the presence of a child with special needs, to me these people are truly the purest of us all.

The information about Lola's condition is way out dated. It is so rare, the little research is old and not true anymore. The oldest that we know of with DTM is in their 30s. We are finding more and more people all over the world all the time. Lola is one of maybe 60 plus people living with diploid triploid mosaicism in the world. 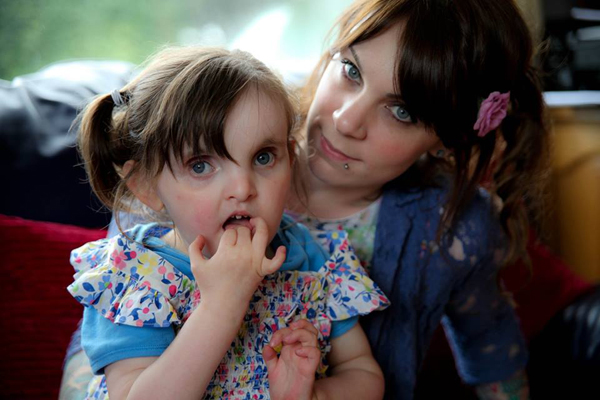 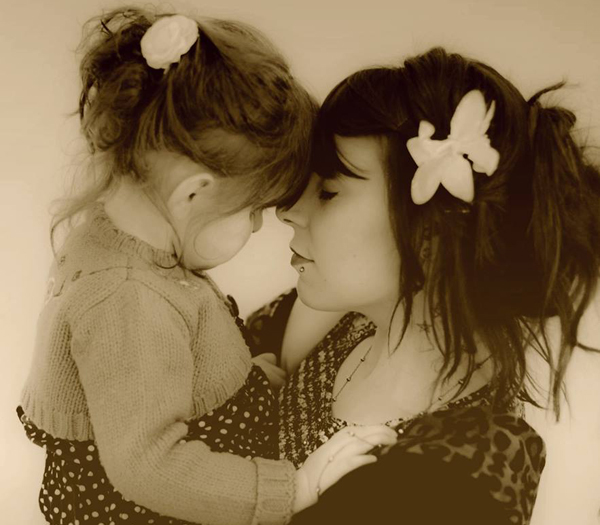 and I love you too, Mam