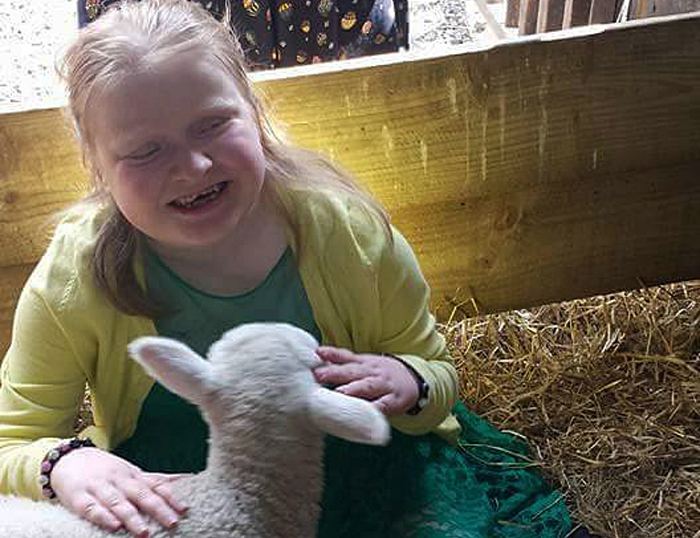 Colleen - She never ceases to amaze us!

Tina O'Kelly tells us about her beautiful daughter Colleen who is a joy and an inspiration to so many.

Looking forward to meeting our daughter

"I was looking forward to the birth of our second child everything was going well, well except for the morning sickness, but that goes with the territory! At 23 weeks gestation, I wasn't feeling well and had bad cramps, I then started to bleed. By the time we got to the hospital the bleeding was pretty heavy and I was in a panic. I was admitted for observation, the following day the bleeding was so heavy doctors thought there was no way possible I was going to hang on to this baby, but she was a fighter and hang on she did! 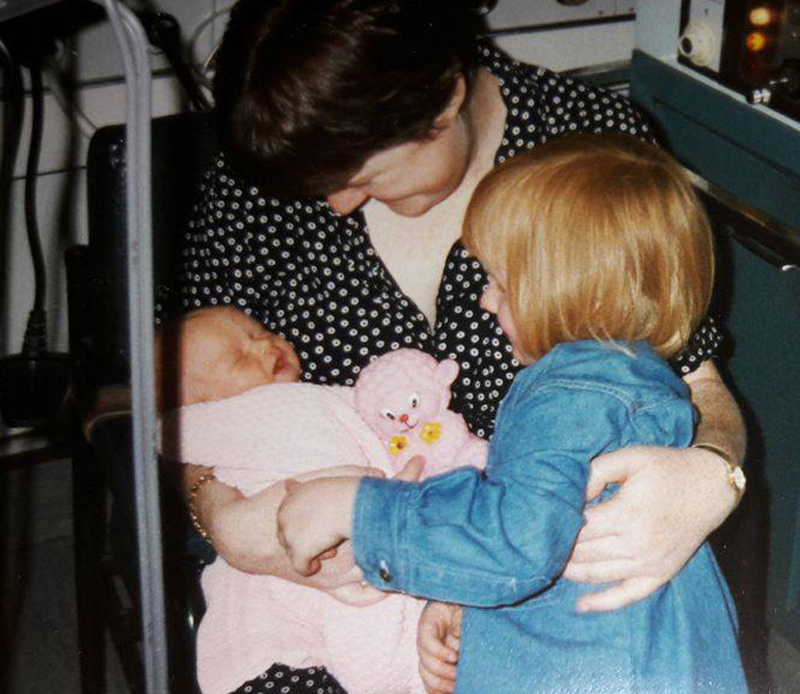 Here I am mam, I couldn't wait to meet you and my big sister, Amy...

I continued to bleed intermittently throughout my pregnancy and because of this I was constantly scanned to try to determine the cause. It was during one of these scans the doctor noticed all was not right with my daughter's kidneys and she also had pockets of fluid on her brain, and was missing a piece at the base of her cerebellum. This was a very bleak diagnosis. At first they thought it was a condition known as Dandy Walker Syndrome, but on further research it was agreed it was Joubert Syndrome. We were told there were only 102 cases known worldwide and it was a very poor outlook for our baby. The reason there were so few was because most babies with Jouberts died at birth because their lungs were not developed and they had kidney failure.

We were told our baby would most like not survive the labour and birth as it would be too traumatic for the her. We were advised to find out the sex and give her a name as we would not get to spend time with her after birth. We chose the name Colleen and I found it very difficult to understand how this active little lady, kicking non-stop, could be so ill. At 37 weeks, coincidently the day of my dad's birthday, I went into labour. I shed many tears on the way to the hospital, I didn't want my time with her to end. After a hard labour at 3.52am on the 18th of September she arrived weighing 6lb 8oz, she didn't come kicking and screaming as they say, it was a bit more subdued, but she did cry.

She was breathing by herself!

She was whisked off to NICU and we were brought up some time later when she was all hooked up and settled. We were delighted to see she wasn't on a ventilator, she was breathing for herself!

She spent 3 weeks in hospital and then we got to take her home! The journey has been a long , winding and bumpy one but Colleen never ceases to amaze not only us, but her doctors too, she defies every prognosis they give her. She has endured kidney failure, a double nephrectomy (kidney removal), 3 years of dialysis and a kidney transplant, she is now waiting for major surgery for scoliosis. But by God the journey has been worth it. 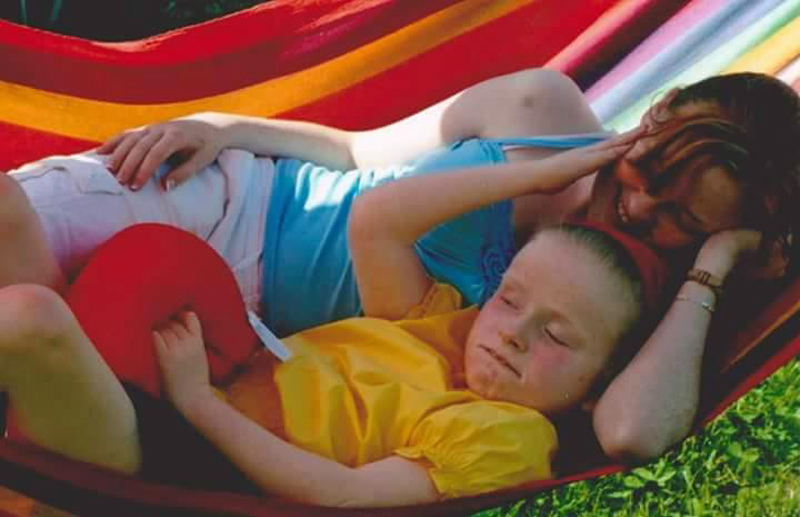 Who wouldn't love resting on a hammock with their big sister... :-)

She is the happiest lady ever, has a magnetic personality, everyone that meets her instantly falls in love with her. She has made us the people we are today and has brought us very close as a family.

All these occasions we celebrate, her birthday, each Christmas are all milestones we never thought we'd reach and they're so emotional when we do. She is now 21 and we celebrated that milestone in style! All Colleen really wanted was cake and karoke on her birthday so had a sort of a retro, rockabilly theme. She had her hair and make-up done and all day before hand she was so excited. It was an incredibly emotional day for all of us, because we were told she wouldn't survive delivery, and we were all out in Naas celebrating her 21st with a big party.

We lost our son Joshua to Joubert Syndrome, so we're so glad for every day we have with Colleen. He went into kidney failure in the womb, it was heartbreaking but we held him for the hours he lived for, we got to take pictures of him which we treasure. He would have been fourteen this year.

Her sister, Amy, says that Colleen is her favourite person in the world, and they have a wonderful relationship. Amy has now become a child protection social worker, a path that I know was influenced by Colleen.

Of course there are downsides, Colleen will never be independent so therefore will always need care, so we, as a couple will never be able to be spontaneous, even in our twilight years we will need to care for her. Would we change any of it? No, we have no regrets at all. We were once told, that Colleen would not amount to anything, that she was profoundly mentally handicapped. Yes she is and she is in a wheelchair, is blind and has only baby babble but she has such a zest for life and is so funny and such a fighter, she is my reason to get up in the mornings. We wouldn't have it any other way! 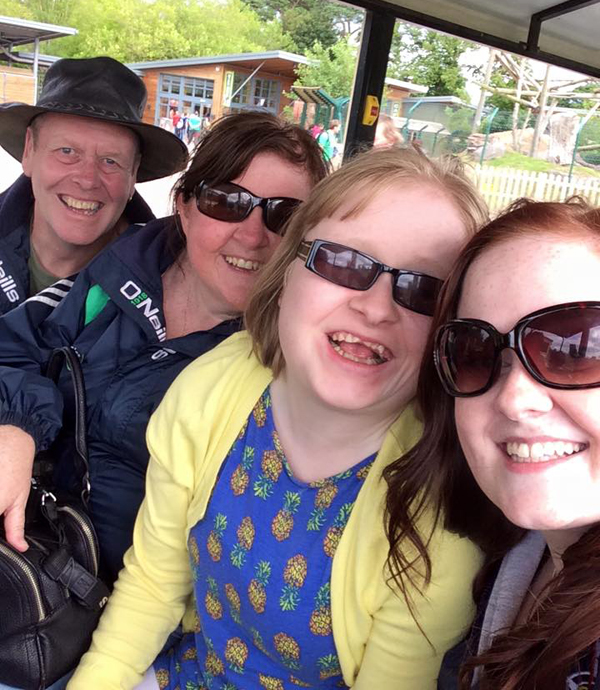 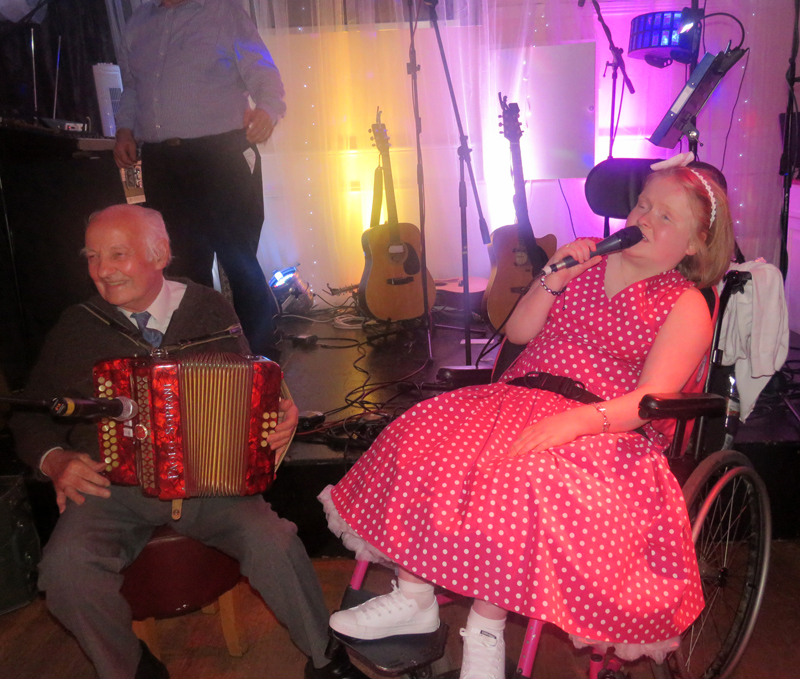 I recently hit the big one... 21 years old! Here I am singing a song with my great uncle Christy... That was such a great party, thanks Mam and Dad! 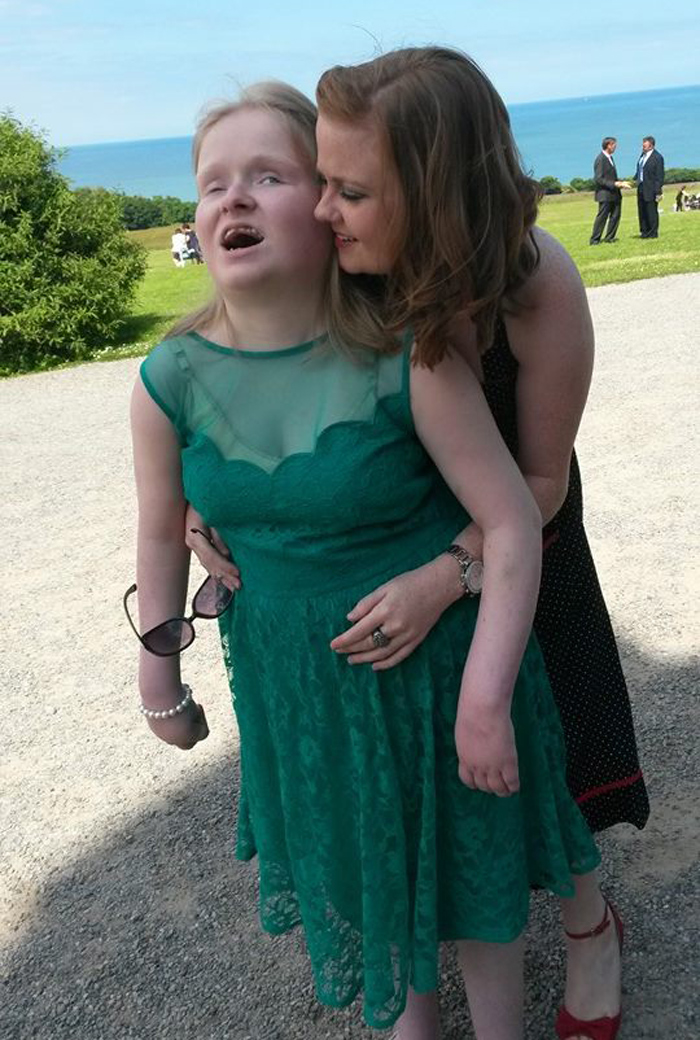 Sis, you can borrow my dress anytime...!

"Colleen is the most happy person, she just draws people to her. She's the happiest soul God ever put on this planet. Everywhere we go, people are stopping her. She has a way with them. She's just so lovable and we love her so much."

JOUBERT SYNDROME disorder that affects many parts of the body. The signs and symptoms of this condition vary among affected individuals, even among members of the same family.

The hallmark feature of Joubert syndrome is a brain abnormality called the molar tooth sign, which can be seen on brain imaging studies such as magnetic resonance imaging (MRI). This sign results from the abnormal development of regions near the back of the brain called the cerebellar vermis and the brainstem. The molar tooth sign got its name because the characteristic brain abnormalities resemble the cross-section of a molar tooth when seen on an MRI.