Conference in the UN: Geneva

Launch of the Geneva Declaration on Perinatal Care

A global initiative launched at the United Nations to discontinue the use of dehumanising term 'incompatible with life'. 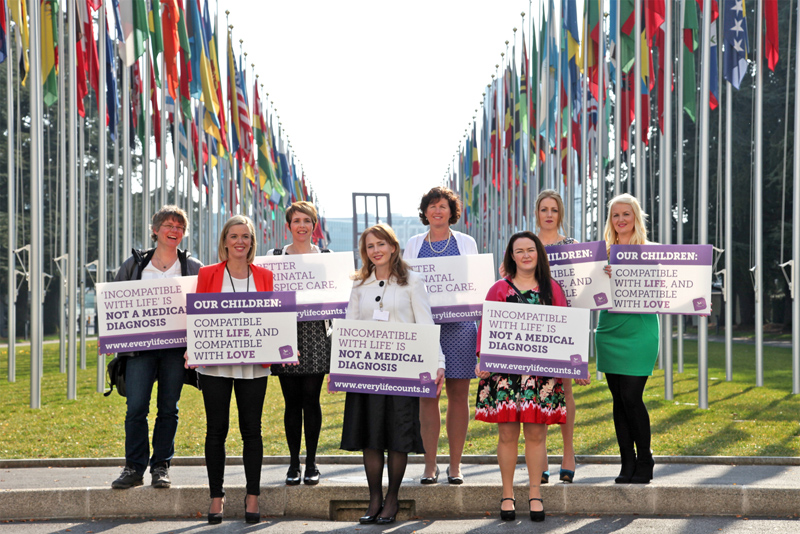 On Wednesday, 11 March, families from around the world joined with medical experts and policymakers at an important conference at the United Nations in Geneva to launch a global initiative to end the discrimination caused by the 'incompatible with life' label attached to unborn children diagnosed with a severe disability.

At the conference the Geneva Declaration on Perinatal Care was formally launched. It states that: 'As medical practitioners and researchers, we declare that the term "incompatible with life" is not a medical diagnosis and should not be used when describing unborn children who may have a life-limiting condition'. The Declaration also calls for better perinatal care for families in this situation.

We are delighted to announce that the Geneva Declaration on Perinatal Care has already been signed by some 200 medical professionals and by 27 disability and advocacy groups. One key body endorsing the initiative is the International Children's Palliative Care Network – the global leader in paediatric palliative care who works closely with the UN and WHO in this area.

Tracy Harkin of Every Life Counts said that: "We have undertaken this global campaign because the phrase 'incompatible with life' is not a medical diagnosis, and is leading to lethal discrimination against children diagnosed with severe disabilities, both before and after birth. We've linked up with disability rights organizations, advocacy groups and medical experts right across the world because the misinformation currently being given to parents is preventing best care for unborn children with a severe disability and for their families."

"Medical professionals and policy makers need to stop using this term because it misinforms parents, it pushes families towards abortion, and it denies them a chance to spend time with their children, to make memories and to heal," she said  "

Although the phrase has become common currency, 'incompatible with life' is a medically meaningless term because no doctor can say with certainty that an unborn child, however severe their disability, would not live until birth. Every child is compatible with life and compatible with love, and we need to work together to get best care for families, and to stop language that is leading to lethal disability discrimination," said Ms. Harkin.

The organisations who have joined Every Life Counts in endorsing the campaign - including the International Trisomy Alliance, SOFT, the Lejeune Foundation and Now I Lay Me Down To Sleep Ireland – provide support to parents who understand all too well the harm that can be caused by misleading language and negative attitudes towards a disability diagnosed before birth.

At the conference at the United Nations evidence was presented to show that the term 'incompatible with life' is devaluing and dehumanising children diagnosed with a severe disability. Medical experts in obstetrics, neonatology, and perinatal hospice joined families at the conference in showing that the term is not a medical diagnosis. They argued that the phrase should be discontinued, just as offensive and discriminatory terms such as 'retard' and 'cretin' have been discontinued in the past.

Mattie Mc Grath, the Independent deputy from Tipperary also spoke at the conference and is proposing legislation to being before the Dáil (Irish Parliament) supporting the initiative. 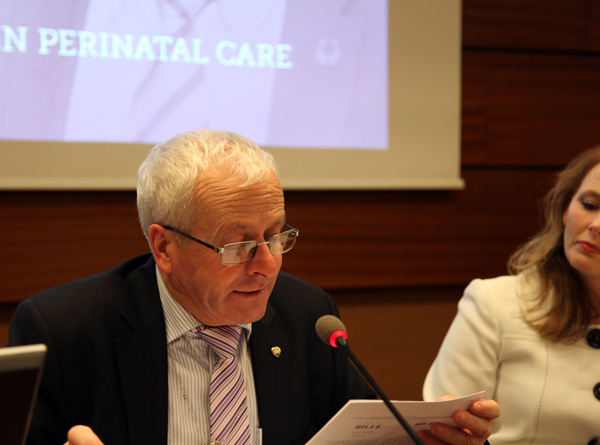 The conference was included in the UN programme for the 28th Session of the Human Rights Council when the council was in dialogue with the Special Rapporteur on the rights of persons with disabilities. A written statement explaining the initiative was circulated to every delegate at the UN session.   Families in attendance at the UN launch had either lost their children to conditions such as anencephaly and Trisomy 13, or have children who were described as 'incompatible with life' but are still living. 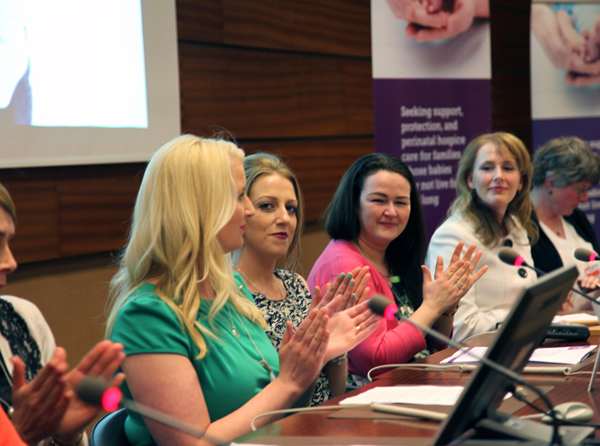 They pointed out that parents are often not provided with information regarding the condition being diagnosed, and have been frequently told to 'go home and google it'.   Tracy Harkin was told that her daughter was 'incompatible with life' when she was diagnosed with Trisomy 13, but her little girl, Kathleen Rose, has now passed her eighth birthday and "is a real character". She reminded the conference that: "we've heard from mothers like Mandy Dunne, whose baby girl Muireann lived for six weeks after birth with Trisomy 13. She says of the phrase 'incompatible with life': 'I felt those words took her life from me, there and then. Those words instill a fear inside parents, and that's not what parents or their baby needs'."

Other mothers like Barbara Farlow from Canada, who is also a researcher in this area, showed that the use of the phrase can lead to reluctance to carry out beneficial interventions after birth. "This is a global problem, leading to discrimination against many thousands of children like our children, and we need the use of this phrase to be discontinued," said Ms. Harkin. Families from Northern Ireland, Spain, France, Switzerland, Britain, Canada, and the United States have joined Irish families in the initiative thus far. 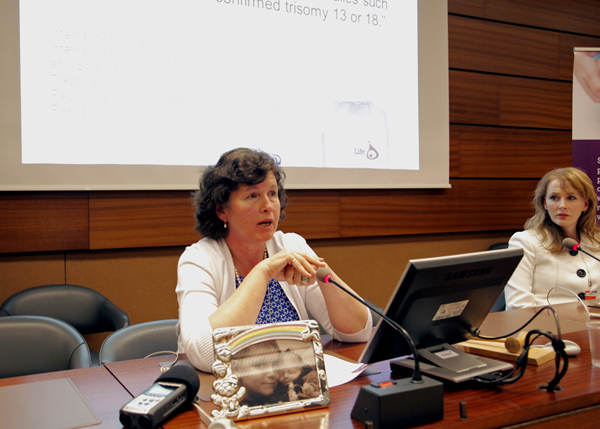 The conference challenged the United Nations to recognise the dignity and value of all children with terminal illness and disability.

Professor Giuseppe Benagiano, a former Programme Director for the UN and WHO, said that families who had received a diagnosis of a profound disability deserved better support as they carried their babies to term.   The UN Convention states that 'States Parties shall take all necessary measures to ensure the full enjoyment by children with disabilities of all human rights and fundamental freedoms on an equal basis with other children'. The Preamble to the UN Convention on the Rights of the Child also states that a child 'needs special safeguards and care, including appropriate legal protection, before as well as after birth'. 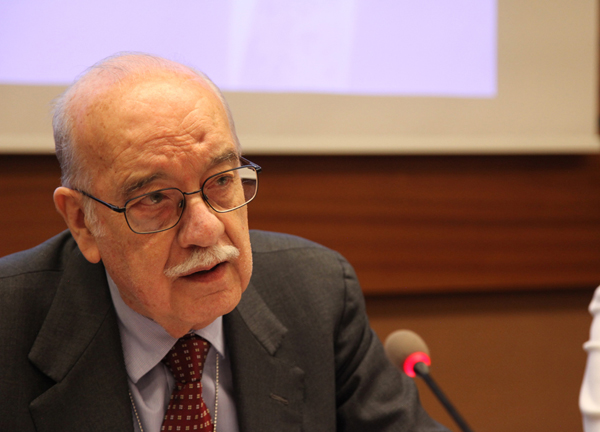 "Yet studies show that up to 90% of children with disabilities are aborted before birth. In particular, children with life-limiting conditions are subject to discriminatory language and attitudes, which deny them their humanity and their human rights. Families who are told that their baby may not live for long after birth need our full support and holistic perinatal care, but this can only be achieved if misleading and offensive language and attitudes are discontinue," said Ms. Harkin. 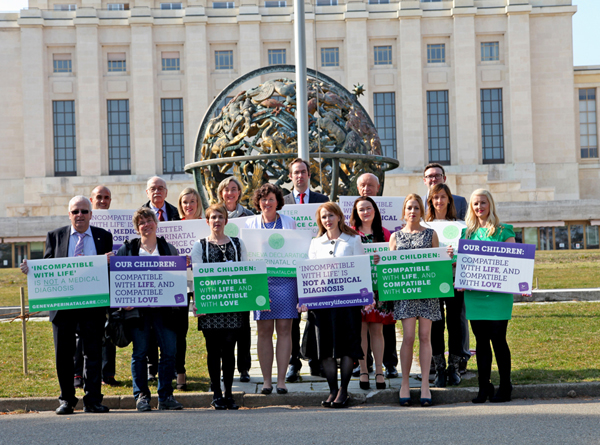 Barbara Farlow (Researcher, co-founder of International Trisomy Alliance, CANADA): 'Incompatible with life' is medically meaningless, dehumanizing and should be discontinued.

Tracy Harkin (Spokeswoman for Every Life Counts, mother to a daughter aged 8 with Trisomy 13, IRELAND) : A global call to discontinue the phrase 'incompatible with life' - and how the UN should respond. Joined by mothers from Republic and North of Ireland - Grace Sharp, Sarah Nugent, Sarah Hynes, Derbhille McGill.

Back to Compatible with Life

5 REASONS why "incompatible with life" is preventing care

See what Families and Medical Experts told the Geneva Conference